Kenya’s poster boy Wanyama writes yet another piece of history 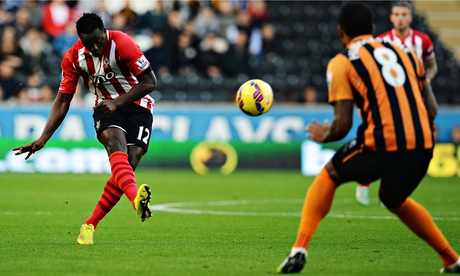 Kenya’s poster boy Wanyama writes yet another piece of history

On a chilly Wednesday night in the south coast of England, Kenya’s poster boy Victor Wanyama, wrote yet another beautifully crafted piece of history when he became the first Kenyan to captain an English Premier League side– leading his team mates from the dugout as the days’ stand in captain as Southampton swept aside Aston Villa 2-1 to earn a berth in the quarter finals of the Capital One Cup.

Goals from Maya Yoshinda and Graziano Pelle sealed the win.

Two seasons ago,Wanyama inscribed his name in the history  books as the first East African to play for an EPL team and had a season earlier,  scored thumping header as Celtic, his then club, beat  the football gods that is Barcelona in an Uefa Champions League match at Celtic Park.

Known for his impeccable discipline, Wanyama seems to be warmed his way, deep into the heart of Saints boss Ronald Koeman.

He is a key player and is expected to play a crucial role for the Saints in their league campaign.