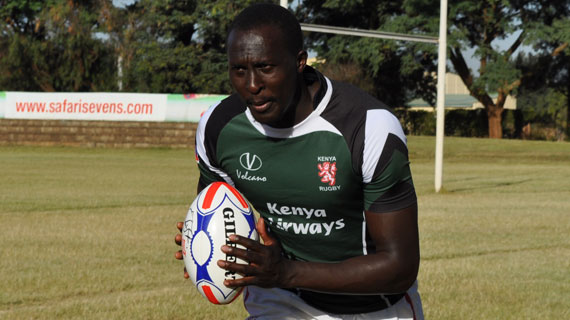 Kenya Sevens and 15s legend Humphrey Kayange on Saturday announced that he will be retiring from international rugby even as he continues on the path to swoop into management. Kayange has had a playing career spanning 12 years from where he has played for the Sevens team majorly while also making appearances for the 15s.

In a long Instagram post, ‘Tall’ as he is fondly referred to as said he felt it was about time to shelve his international career after efforts to get back proved a tall order.

“It has been about 2 years now that I have been trying to get back to the field for Kenya and run out with the brothers one last time. Guess it wasn’t to be. It is time to say goodbye to my international career in both 7s and 15s,” Kayange announced.

Known for his rugby brain and hard working nature, Kayange captained the team to the 2009 Rugby World Cup Sevens semifinals in Dubai and also featured in the side that reached the same stage in 2013 in Russia. He also played at the 2016 Rio Olympics.

‘Tall’ was also part of the squad that won the Singapore Sevens in 2016, the first time ever Kenya won a Main Cup title in the World Rugby Sevens series.

“The last 12 years have been an unbelievable experience and I have loved every min of it. I have been blessed to play the game for more than a decade and to explore my talent and abilities while injury free for the better part of it,” he further stated.

In his long post, Khayange went on to lavish praises on his parents and younger brother Collins Injera for their support as well as the rest of is family.

He also lauded his employer, Kenya Bureau of Standards (KEBS) for the support they gave him in enabling him turn out for the national team as well as his club Mwamba RFC.

“Now it’s time to focus on the next chapter, I have a few hats on already that have been keeping me busy. In between my Research duties at KEBS, getting my Level 2 coaching accreditation and my Athletes Commission responsibilities at the Olympic Committee, I look forward to many more opportunities where I can give back to the sport that has given me so much. Asante sana!” the former skipper said as he signed out.