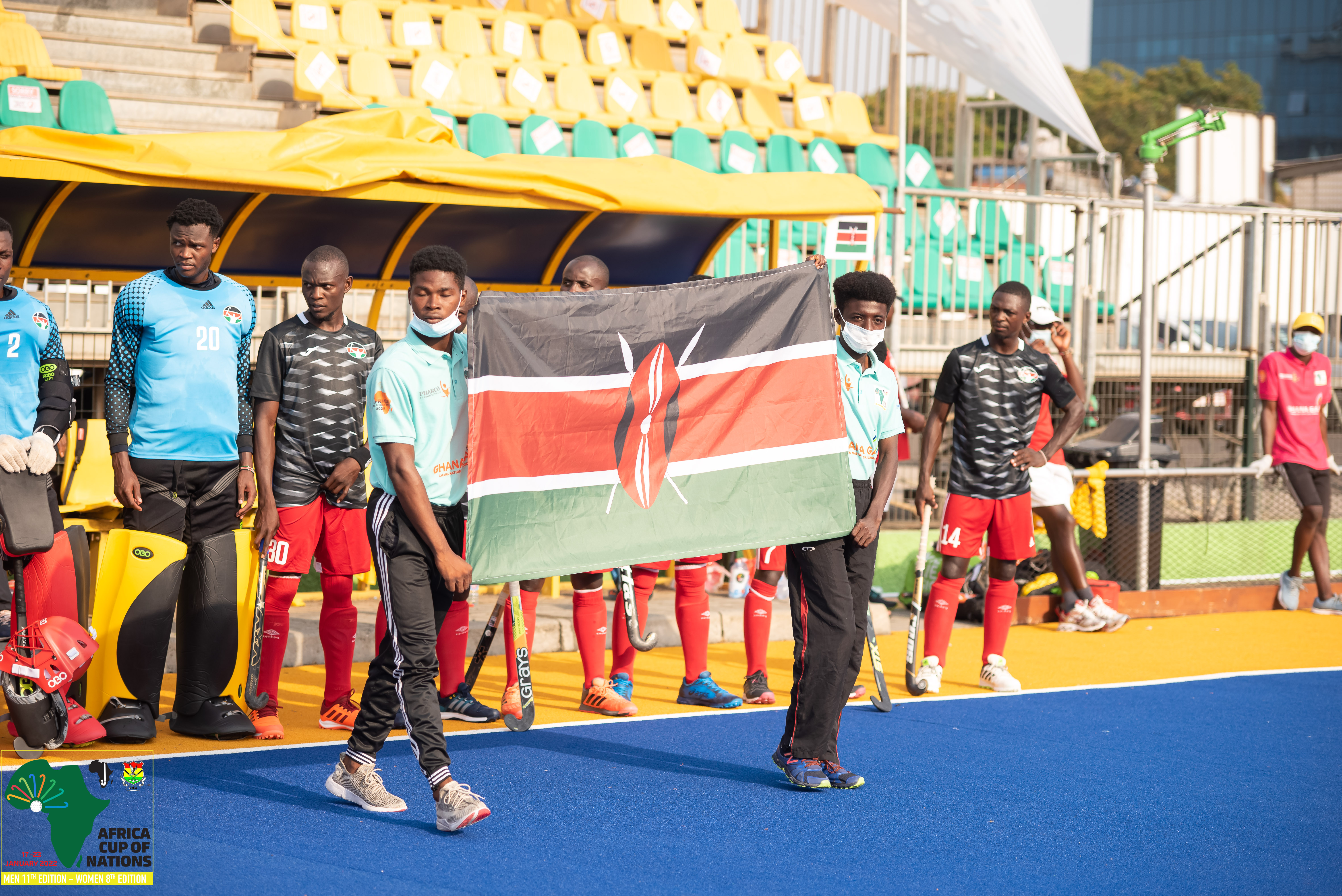 Speaking to the media after the South Africa match, coach Fidhelis Kimanzi was optimistic ahead of their clash against Egypt.

The Kenya men’s National team (Chui) are going for gold in the ongoing 11th Edition of the Africa Cup of Nations at the Theodoia Okoh Hockey Stadium in Accra, Ghana.

After arriving a day after the start of the competition, the Kenyan men defied all odds by beating Namibia 4-1 on Tuesday, 18th January 2022 and automatically qualified for the semi finals before falling 1-2 to defending champions South Africa. Kenya finished second in Pool A behind leaders South Africa and will face Egypt in the semi finals that will be played today.

Speaking to the media after the South Africa match, coach Fidhelis Kimanzi was optimistic ahead of their clash against Egypt. “My boys played well despite the loss against the South Africans, as you can see I will say it’s a work in progress. We are ready for the semi finals and we will play well because we are here to win it,” said Kimanzi. The other semi final will be a match between South Africa and Nigeria at 4.15PM EAT.

Kenya is ranked fourth in Africa while their opponents Egypt are ranked second behind the title record holders South Africa.  The Chuis are notably the first African team to play in the World Cup in 1971 where they managed a fourth place finish, the last time they featured in the competition was in 1973 and finished at position 12.

The Kenya women’s National team is upbeat after losing the semi final match against defending champions South Africa yesterday and is confident they will win Bronze in the ongoing 8th Edition of the African Cup of Nations.

Speaking to the media after their semi final match, captain Rhoda Kuira showed her satisfaction in the team and was confident of a third place finish in the continental competition. “We lost but we played our hearts out and gave our all, we will keep the fire burning as we head towards the third/fourth playoff match and we will manage a podium finish’” said Kuira.

The champion in the ongoing Africa Cup of Nations automatically qualifies for the 2022 Commonwealth games and the FIH world Cup for both the men and women.