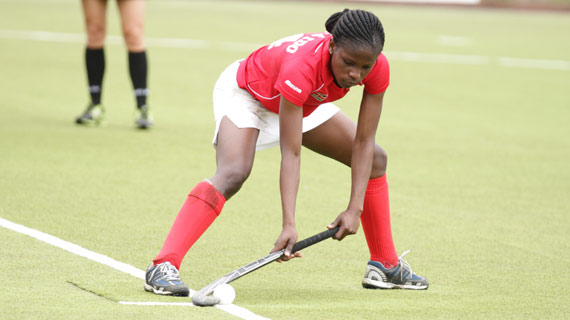 Goals by Lillian Aura and Audrey Omaido kicked off Kenya's  campaign  in search of the sole  qualifying slot for the 2016 Rio De Jenairo Olympic Games  as the national women team defeated Namibia 2-0.The match was played on Friday afternoon in South Africa.

Aura scored in the  20th minute with Omaido sealing the win  with a 35th  minute goal.

The Africa Hockey championship got underway in South Africa on Friday where men host nation South Africa will be joined by Kenya, Egypt, Ghana, Nigeria, Tanzania, Namibia, Botswana and Zimbabwe.

The men's competition will be divided in two pools while the women edition will be played on a round robin format with  a win earning three points and a draw one point.