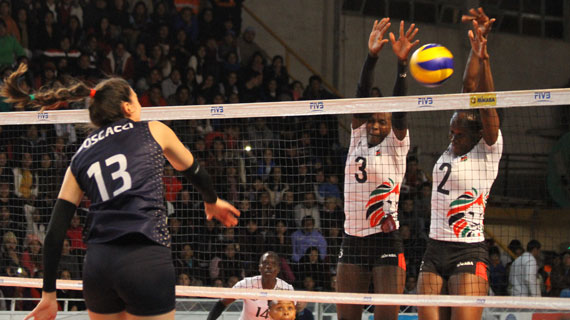 Kenya vs Argentina in Palpala

This was the second friendly match between the two teams with Kenya having lost by the same margin on Wednesday last week in Buenos Aires.

Kenya has been camping in Argentina since Tuesday last week as they prepare for the upcoming Group Two World Grand Prix to be played in Tucuman Argentina starting June 4th.

During the friendly match, Kenya were off colour in all sets losing 25-18, 25-16 and 25-12 a performance coach Lung’aho described as terribly bad, “We played badly today in all areas. Our reception and back court were very appalling and we need to work hard to improve on these simple mistakes before our opening match in Tucuman.” Lung’aho noted.