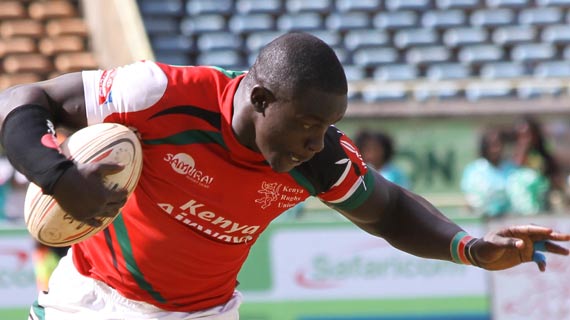 A 31-7 romp over Russia saw Kenya lift the Shield title at the London Sevens as they closed off their HSBC Sevens World Series campaign in seventh place with a season’s points haul of 98 points.

Willy Ambaka danced his way through the Russian defence for the opening try of the Shield final. Russia's cause wasn't helped by Denis Simplikevich seeing yellow for kicking the ball away and Collins Injera pounced to score another. Nelson Oyoo claimed number three and  it was soon time for Injera's 235th series try to put Shujaa firmly in control, leading 26-0 at the break.

The damage may have already been done but Ramil Gaysin scored his first series try, the Russian playmaker breaking through the middle, throwing a dummy to no-one, and backing himself to go over. That only woke Kenya up again and Nelson Oyoo grabbed his second to end any hopes of a Russian comeback.