Kenya drawn in Pool B for Cape Town 7’s 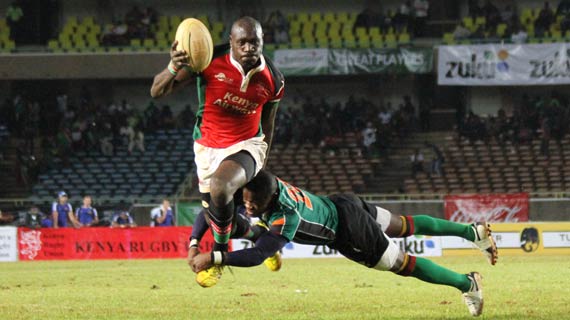 Kenya drawn in Pool B for Cape Town 7’s

After his debut appearance at the Dubai Sevens as the new Kenya sevens team head coach, former Kenyan International Innocent Simiyu has his charges heading to South Africa for the Cape Town sevens next weekend hopeful of picking crucial points that could propel them up the table rankings.

Kenya picked five points from Dubai to be placed 12th on the log on weekend one of the series.

Ahead of the Cape Town Sevens, Kenya has been drawn in Pool B that also has Japan, France and Dubai finalists Fiji.

Fiji lost to South Africa in the finals of the Dubai outing last weekend and are placed second with 19 points behind leaders South Africa.