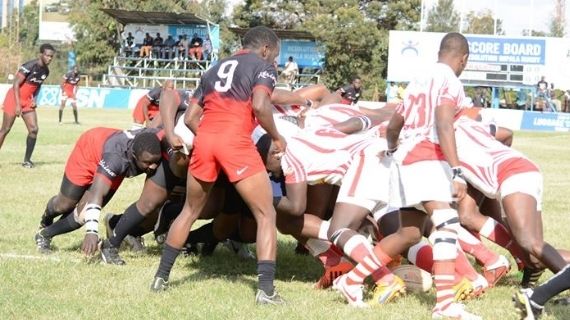 It is a battle for survival for two of the clubs that have dominated the Kenya Cup league in different eras.

Past action between Nondies and Impala

Nondescripts and Resolution Impala Saracens, who have a combined 27 Kenya Cup titles between them, face off at the Ngong Racecourse in Kenya Cup match day 10 action on Saturday 19 February 2022.

It is a battle for survival for two of the clubs that have dominated the Kenya Cup league in different eras.

Nondies, the most successful club in the league’s history are place bottom of the table with just one round of the regular season left.

The 17 time champions must win and also wait on the outcomes of matches involving Topfry Nakuru, Homeboyz and Mwamba who are just four points ahead of Nondies. Impala, 10 time league champions, sit just one position above Nondies, level on 11 points but with a marginally better for/against record. They head to the Racecourse keen not to give anything away either, and fully aware that anything could happen. This is expected to be one engaging contest.

Topfry Nakuru, champions in 2013 and 2014 are away to Kenya Harlequin at the RFUEA. Now, they sit just one point and one position above the relegation zone on 12 points. They did themselves no favors last weekend when they fell to a 13-8 home defeat to Masinde Muliro at the once revered “Suguta Valley” at the Nakuru Athletic Club. Victory over Quins could give them breathing space heading into the last round of action on 26 February, a loss on the other hand could see them return to the relegation zone.

For a while, ninth placed Homeboyz looked safe, but have found themselves in an equally precariously situation as they seek to retain their Kenya Cup status for a tenth consecutive year since their promotion in 2012. They do have a herculean task ahead as they play away to unbeaten leaders Kabras Sugar in Kakamega.

Other fixtures on the day pit Masinde Muliro against Mwamba in the early kickoff in Kakamega while Strathmore Leos and KCB face off in Madaraka. Menengai Oilers host Blak Blad in Nakuru.