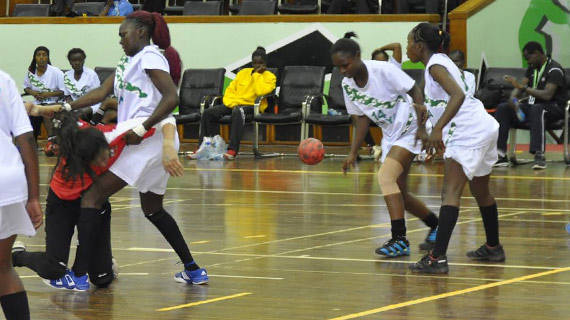 Kenya U-20 handball team against Egypt at Kasarani

Kenya junior handball team coach Victor Siero has lauded his team for putting up a brave fight against Egypt when the two teams met at the ongoing Africa Youth Championship match played in Nairobi at the Kasarani Indoor Arena on Saturday.

In a post-match interview coach Siero said, “This is a big learning curve for our girls, we have played against a very strong opponent. We knew the game will be hard and for sure it was hard. However given time we will be able to rectify some of the unforced errors. It is important to appreciate the fact that the highest competition most of these girls have played is high school finals and I laud them for putting up a brave performance against an experienced team.”

The coach added that the championship is a good exposure for the team adding that will work on their mistakes and hope to perform better in their second match next week.