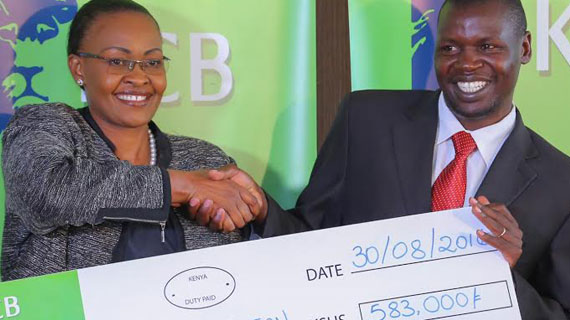 Kenya will participate in the 42nd Chess Olympiad Championships scheduled for September 1-14th in Baku, Azerbaijan.

Kenya will be participating for its 16th consecutive time in the men’s category while the women will be at the event for the seventh time.

The  Kenya Commercial Bank (KCB) through its sponsorship to Chess Kenya (CK) made it possible for the team to participate in the championship that will feature 182 countries representing 176 countries.

The bank gave the team a sponsorship worth Sh583, 000 to facilitate the team’s travel which leaves for Azerbaijan on Wednesday (August 31st).

The coaches said they were aiming at Kenya finishing in the top 100 and improve on their performance after the men’s team was placed 149th and the women’s squad was ranked 118 at the last Olympiad hosted in Tromsø, Norway in 2014.

“I believe that the team has prepared well and they are ready to take on the other global champions and were proud and excited to associated with sport and talent development,” said KCB Bank Kenya Director Retail Banking Annastacia Kimtai when handing the sponsorship to Chess Kenya officials.