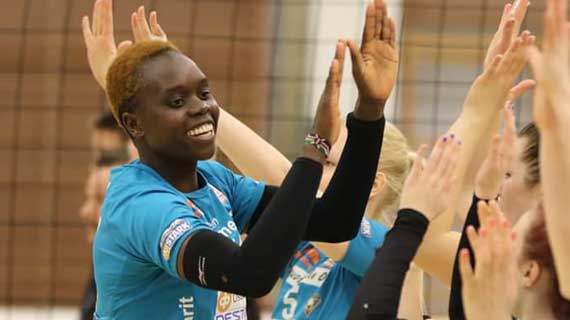 Kenya's mercy Moim was on Wednesday named as the best server during the  Finland national volleyball league season with 54 aces . The Kenyan  national team captain  plays for Finnish side  Orpo.

"I am so excited to have been feted with the award as the best server. I am humbled and this motivates me towards working harder and I thank God for every step I make in my career." Moim told michezoafrika.com.

Orpo finished the league in 4th place and are currently fighting for a semi finals berth against Poolky Kuusamo in the best of five quarter final playoffs.

In their first match on Wednesday , Orpo lost 3-1.The two teams will meet again for their second match on Friday.