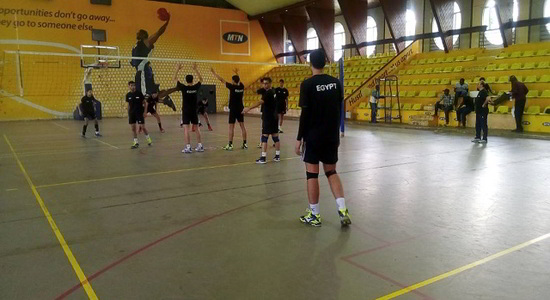 The Kenyan teams fought hard to qualify but the Egyptians were too tough to make any mistakes. The hosts Uganda, though put in a spirited display, finished without a single win

Egypt Under 18 men's team after arriving at the Lugogo Indoor Arena. Photo/Courtesy: The Independent, Uganda

The Africa Youth Game Zone 5 qualifiers came to an end in Kampala on Saturday night. The two Egyptian teams easily went past Kenya and Uganda team to come up top in the three-nation tournament that was held to determine who joins seven other nations at the 2018 Africa Youth Games scheduled for July 17 to July 27 in Algiers, Algeria.

The tourney, which was to attract five teams in the zone, saw the withdrawal of first Sudan and then the Rwandan junior teams who cited financial problems as the reason for not being able to travel to Kampala. Albeit, the tournament continued with Kenyan and Egyptian teams who joined the host Uganda at the Lugogo Indoor Arena

The Egyptian duo will now join other teams that have qualified in the remaining seven zones for the international multi-sport event that is held every four years to complement the All-Africa Games.