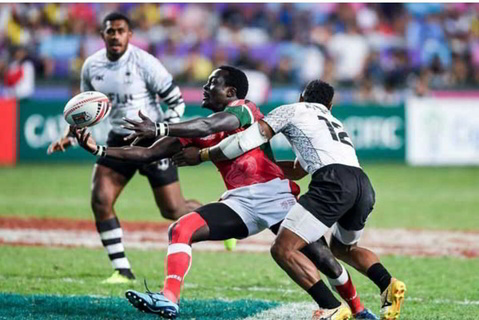 Kenya Sevens will play Spain after they failed to take one of the first two slots in Pool C in the ongoing London Sevens at Twickenham Stadium, England.

On Saturday afternoon, Shujaa were dropped to the trophy, missing out on the cup quarters for the second time this season after they lost 38-12 to England.

Kenya Sevens have been in fine form this season aiming at a centenary milestone. They have reached seven Cup quarterfinals during the season, losing only in South Africa. The loss to England in London, therefore, means that Shujaa will miss the quarters for the second time.

Earlier on, Shujaa had begun the tough pool C against the USA with a 19-19 draw. They fought back in their second game to beat France 24-21. This meant that Kenya had to either win or draw to qualify for the Cup finals. However, England did not massage their ego by ensuring that they dropped to the trophy quarters.

Kenya will now play Spain in the challenge trophy quarters on Sunday at 11:52 am.

The Pool was taken by the USA after they ran over France with a similar scoreline (38-12). They qualified for the cup quarters alongside hosts England from Pool C, New Zealand and series leaders Fiji from pool A, Australia and Ireland from Pool B, and South Africa and Canada from pool D. 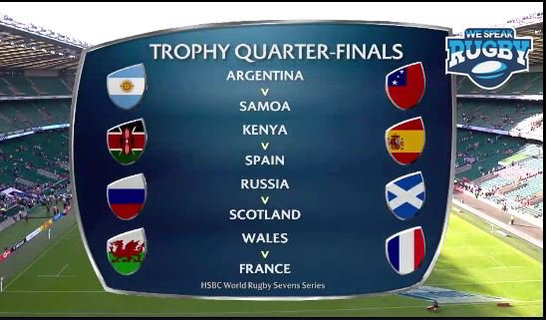 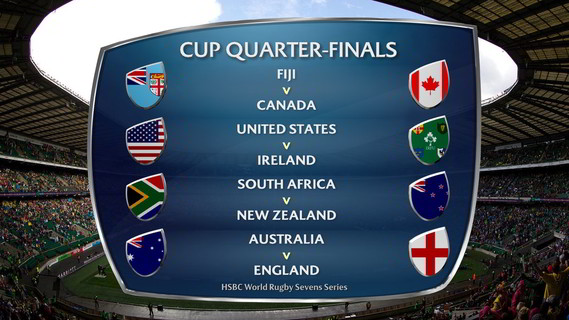