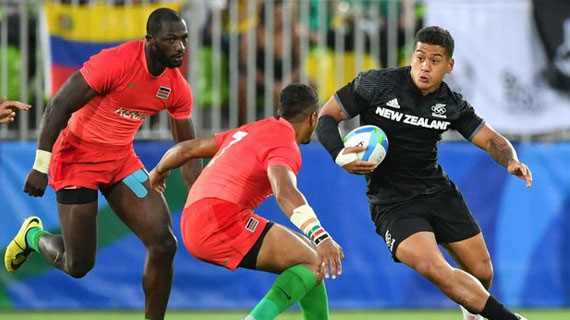 Losses to Great Britain and New Zealand left Shujaa needing the steepest of mountains to climb in order to reach the cup quarters at the rugby sevens tournament at the Rio Olympics and stay in medal contention.

Kenya 7 Great  Britain 31
Billy Odhiambo provided the only bright spark for Kenya in this, racing half the length of the field to score under the posts with Biko Adema converting at the start of the second after the side had gone into the interval trailing 0-24 off an error strewn first half.

Just before half time, the All Blacks sevens were awarded a penalty try to go 14-5 up following Injera’s tackle on Scott Curry. Injera would be subsequently yellow carded.

In the second half, Augustine Pulu scored and converted his own try, before Lewis Ormond put the game well beyond doubt scoring after the final buzzer to give them a 28-5 win.

Kenya must now post a landslide win over Japan while counting on Great Britain to defeat0 New Zealand by an equally massive margin.