Kenya set for camp ahead of IAAF World Relay Championships 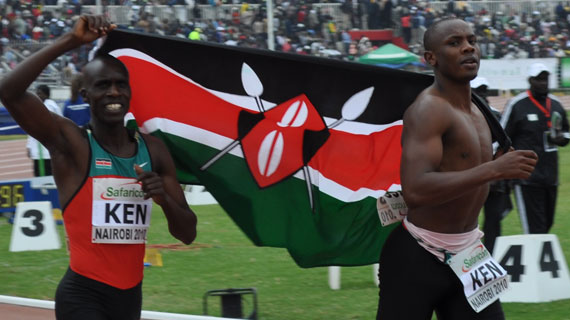 Despite hitting the qualifying mark , Kenya will not send a 4 x 400m team at the IAAF World Relay Championships set for May 11 and 12 in Yokohoma, Japan

Kenya will not field the men’s 4*400m team at the IAAF World Relay Championships set for May 11 and 12 in Yokohoma, Japan.

Although the team hit the qualifying time for the Worlds at the 2018 Africa Championships in Asaba, Nigeria, the International Association of Athletics Federations declined to ratify their time.

IAAF’s arrived at this decision because the Stephen Keshi Stadium where the continental showpiece was held had not been certified, and consequently times posted could not qualify a team. The gold medal 4*400m winning Kenyan team was made up of Jared Momanyi, Aron Koech, Emmanuel Korir and Alphas Kishoyian.

Also, Kenya will not field 4x100m and the newly-introduced shuttle hurdles relay which Kenyan teams did not hit the qualifying times.

Meanwhile, the Japan-bound team of 19 athletes entered residential training at Nyayo National Stadium while residing at the Strand Hotel. The Kenyan contingent will be accompanied by eight officials with Steven Mwaniki as the head coach.