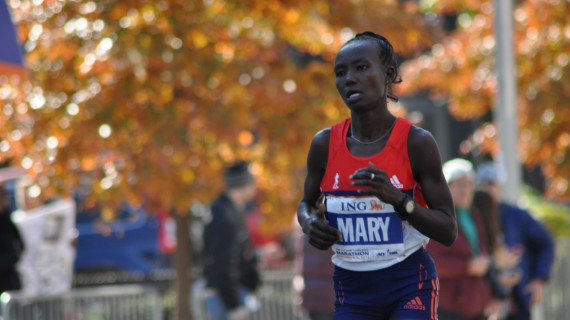 Kenya’s Mary Keitany on Sunday shattered the women world marathon record as she blasted her way to win the 2017 edition of the London Marathon.

Keitany who clocked 2:17.1 led the elite field to break Paula Radcliffe's women's-only world record and to finish ahead of Ethiopia’s Tirunesh Dibaba who overcame a stomach upset to finish in second place, one minute behind Keitany.

This was Keitany’s third victory in London having won first place in 2011 and 2012.

Despite Bekele’s exhilarating injection of speed in the last five Kilometers, Wanjiru maintained his power drive to fend off the close challenge beating Bekele by 9 seconds.

Bedan Karoki on his maiden marathon was third while Abel Kirui finished in 4th.