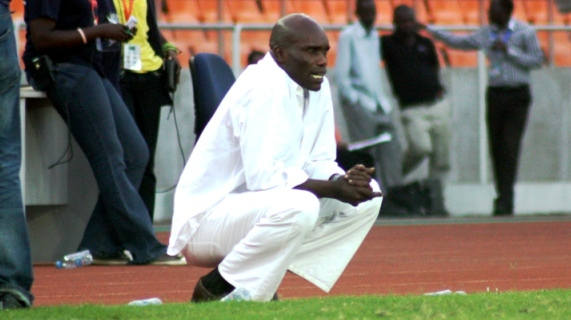 Despite facing a more experienced side, KCB say they are not afraid of Kariobangi Sharks when the two sides clash in the semi-finals of the FKF Shield in Machakos on Sunday. KCB are making it into the last four for the first time and they face a huge task against the defending champions.

“They are a very good side because they have been at the semis before and have won it so they come in the better team. But we are optimistic that we can take them on though it will be hard. We have a group of young players who are hungry for success and we will ensure we do our best,” KCB assistant coach Sammy ‘Pamzo’ Omollo noted.

The bankers didn’t play in the Shield last year as they were concentrating on earning promotion back to the top tier. This time, they have vowed they will be in for the title.

Sharks are a more experienced side as they will be playing their fourth consecutive semi final. They have won the last two, progressing to the final in 2017 and losing while last year’s journey to the final ended up in victory against Sofapaka.

However, heading into the semis on Sunday, they are in perhaps their worst form since earning promotion to the top tier. Their victory over Mathare United in midweek though has spurred their confidence.

To get to the semis, Sharks had to win over penalties against Bungoma Super Stars and in that game, they had to score a last gasp goal to force the game to penalties.

Despite their misgivings, Omollo has warned they will not be an easy side to take on.

“Everyone goes in to win; they are the champions so they want to defend the title. We have pressure of our own as well because the company is demanding and we also want to be on the right side of history becoming the first KCB team to win a trophy,” stated the assistant coach.

KCB got into the semis after beating National Super League side Bidco United 4-1 in the quarters.