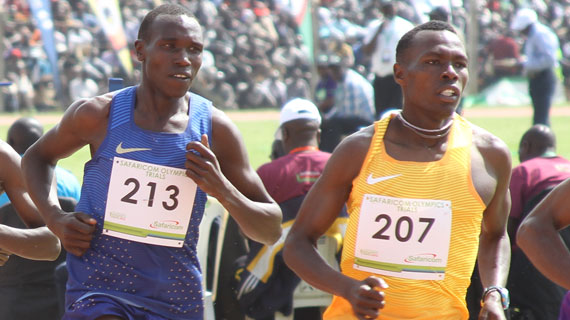 Two-time World Cross-country champion Geoffrey Kamworor and Stacy Ndiwa  will be defending their titles at the National athletics Championships set for this Saturday, February 23 in Eldoret.

The duo have an uphill task as they will be facing a star-studded field, all jostling for slots in the national team that will represent Kenya at the World Cross country Championships set for March 30 in Aarhus, Denmark.

Kenya will be seeking  to  rekindle their glory  having been crowned the overall  world champions in 2017 after bringing home 12 medals- four gold, five silver and three bronze.

The Eldoret event will be held in the afternoon hours, this being in tandem with IAAF practice thus breaking away from the traditional AK morning sessions.

Athletics Kenya will also select a team that will represent Kenya at the world cross country showpiece in TEMPE, Denmark next month.

AK will hold  a two days doping sensitization session with athletes on Thursday and Friday ahead of Saturday's action.