Kagere to miss Gor vs USM Alger clash at Kasarani 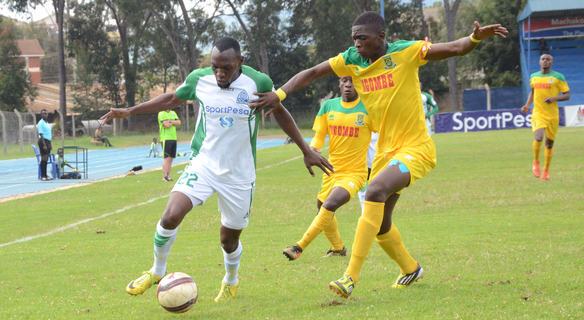 Kagere who scored Gor Mahia's sole goal in the 1-1 draw was booked during the match against Rayon Sports.

His absence will be a big blow to Coach Dylan Kerr’s plans against the group’s biggest threat. USM thrashed Tanzania gainst Yanga 4-0 in their first match to send a signal they are out to finish on top of the group.

After round one matches, USM Alger tops Group D on 3 points while Gor Mahia are tied with Rayon Sports on one point each.Young Africans of Tanzania are last.

Hull City are expected in the country on 11th May for a five day tour facilitated by betting firm SportPesa.

Tickets for the much hyped Gor Mahia vs Hull City clash are retailing at Ksh 1,000 for VIP section and Ksh 100 for the terraces.