Injera left out as Kenya names 7's squad for Dubai 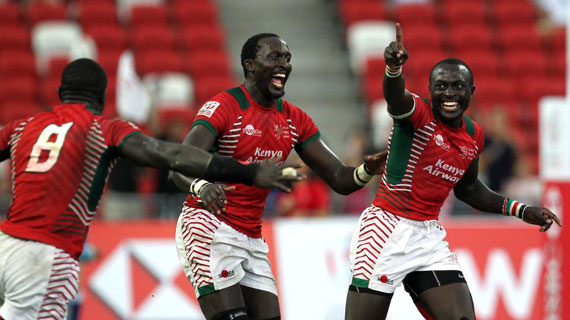 Injera left out as Kenya names 7's squad for Dubai

Despite a misunderstanding between the Kenya Rugby Union and the national rugby sevens team players, the team’s technical bench has managed to release a travelling squad ahead of the start of the 2016/2017 IRB World Rugby series that starts in Dubai this weekend.

The men and women’s teams depart for Dubai on Monday evening with Innocent Simiyu’s squad the first to fly out at at 4.35pm while the women’s team leaves at 11.00pm.

Some senior players in the squad including Collins Injera have however been axed from the squad that sees the return of Dan Sikuta.

The Kenya men's team will feature in the HSBC Sevens World Series competition where they are in Pool D with Australia, France and Japan.  Two players, Brian Tanga and Darwin Mukidza are in line to make their World Series debut.

The women's team will take part in the Women's  International Invitational Category and are in Pool B with Ireland, Belgium, Poland and Tribe 7s. Grace Adhiambo and Linet Moraa are the two changes from the side that lost  21-17 to South Africa in the Africa Cup Sevens cup final in September.