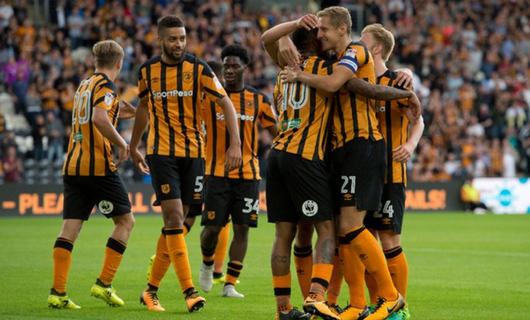 English Championship side Hull City has named their travelling squad expected in the country on Friday night for Sunday’s clash against Gor Mahia at the Moi Sports Centre Kasarani. The 18-man squad features several first team players as well as a few from the youth side as they take on the five-day tour of Kenya.

Among the notable figures in the Tigers squad that lands in Nairobi Friday 10pm include former Manchester United forward Will Keane, former Tottenham man Fraizer Campbell and Brazilian forward Evandro.

An advance team led by Hull legend Dean Windass already arrived in the country last week and have already had a look at the Kasarani pitch. Michezo Afrika has learnt that they are not entirely pleased with the playing surface especially if it rains.

However, they are all set for what promises to be an exciting encounter on Sunday. Apart from the game, Hull will also take part in a few Community Social Responsibility activities.

The tigers finished the championship 18th in the standings.