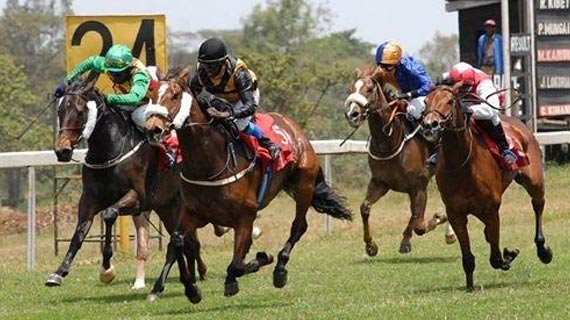 The Italian Cup has drawn a top quality field of racing horses today at the Ngong' Racecourse. All the seven ponies are serious contenders, it is going to be entertaining over a distance of 2060m, open for mounts aged three year olds and above.

The colts entered In the Cup come with varying  experiences over the trip as different degrees of competencies, and jockeys will have to display their A game to clinch the title.

The extremely versatile Joe Karari schooled Usurper has seven wins over this distance and has an advantage of being steered by an outstanding jockey, Paul Kiarie. Grand Slam, Usurper's stablemate, has good efforts over this trip. This distance is Grand Slam's specialty, and with Peter Lesengei riding, he cannot be ruled out of the title contention.

With her ability and courage in the tracks, the David Ansell and Damon Ansell-owned, and Pasty Sercombe stables-groomed The Nutcracker is expected to play with large odds today. She is the daughter of Russian Revival (an outstanding runner during her time), and winner of the 2014 Guineas. Spring Run is better on sprints though she has some good effort of 2060m, and rider Patrick Mungai will have to bring in more vigor for a chance to win.

After collecting a treble during the Britam Guineas competitions in January, jockey Kames Muhindi will guide Dreamliner in the Italian Cup title chase. Dreamliner, sired by Dreamcatcher, is meticulous in 1400-1600m, but she will be counting on the thorough training received and form acquired from the O. J. Gary stables. Irish Flyer, son of Sacred Sea, has a good report in the past in 2060m, enjoying an upward curve an advantage during the race.

Timothy Oruya-owned five year-old Shakara Man has the benefit of lightweight Charles Kimani and has been well schooled in his lifetime over multiple distances. Shakara Man has only had two lifetime efforts over 2060m, with the best as a three-year old.

There will be eight other races including The Amani Sunbird Handicap, The Malindi Pipit Maiden, The Taita Falcon Handicap, The Tana River Cisticola Handicap, The Sokoke Pipit Handicap, The Ultra Sharp Trophy, The Swahili Sparrow Condition Race and The Jim Kidman Bowl.