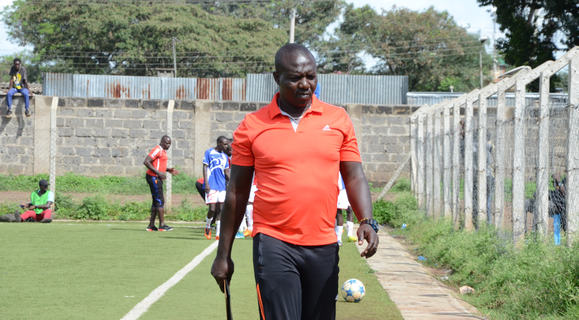 Nkata takes charge immediately ona  one-year deal and the cup and league winning coach re-unites with Allan Wanga, James Situma and Noah Wafula who he coached during his successful season at Tusker FC.

“We are confident in Nkata because he has had success where he has gone and we know he has the experience to take us where we want to be,” Homeboyz chairman Cleophas Shimanyula said.

Nkata was fired as Uganda Revenue Authority coach in mid season having joined the club when he left Bandari at the beginning of the year. He comes in with his own assistant coach with Shjimanyula having sent the entire bench packing.

The Homeboyz honcho has accused departing Mururi for lacking commitment to the job.

“I think he wasn’t serious as well because if you look at the players we have and the results that we have had, it is very disappointing. Also, he was very unsettled at the club with news every day that he is leaving,” Shimanyula said.

But, Mururi has refuted those claims saying he was committed to his work.

“I have brought this club where it is today and in the beginning of the season we sat down with him and made agreements. He should not now blame results as the reason I have been fired because we are at position nine and only four points from second,”

“I leave the club with a clean heart and I wish them all the best. I know soon I will be back on the touchline,” the coach added.

He has disclosed that three Premier League clubs have already approached him for his services but is yet to make a decision on his future.