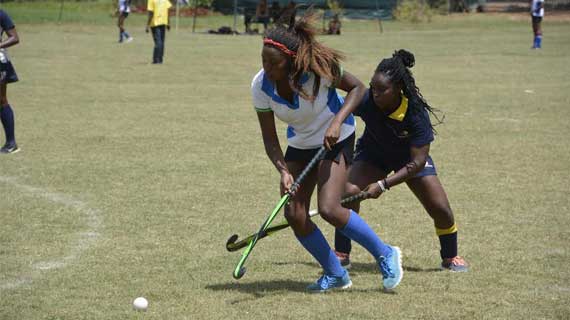 Hillcrest skipper Diana Maganda planted home the decisive flick to pip Peponi for the title after Khaaliqa lost her flick which was saved by the opposing custodian.

Hillcrest’s other goal was converted by Maggen McLean as Alicen Zawadi sounded the board for Peponi’s consolation.

The match was decided through the shoot outs to break the stalemate after settling for a barren draw during normal regulation time.

Maganda was voted as the female  Most Valuable Player (MVP).

In the boy’s category, Hillcrest under tutelage of national team goalkeeper Linus Sang’ edged out Peponi 2-1 to reclaim the title for the first time in five years

Carr-Hartley who is in his last grade at the institution moved on in style by being voted the boy’s Most Valuable Player.

Maganda and Carr-Hartley attributed their respective victories to team work as Khaaliqa said they lost because Peponi were unable to contain pressure.