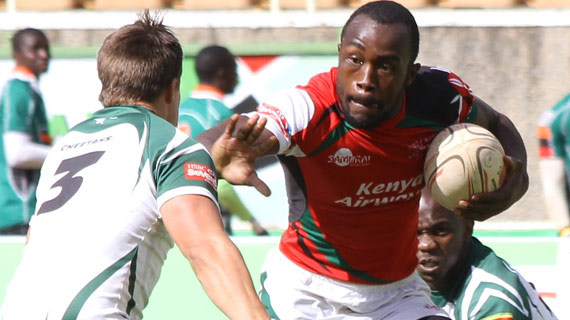 Olaba, 23, and Wanyama, 22, who both started playing rugby at Strathmore University Leos are accused of gang raping a 24-year-old Kenyan musician on her birthday, February 10, 2018 at Seefar Apartments in Nyayo Highrise Estate.

The High Court in Nairobi on Tuesday ordered a fresh trial of two rugby players who had been convicted for gang rape.  Frank Wanyama and Alex Olaba played for the Kenya Sevens team and Kenya Harlequins .

The two are already serving a 15-years jail term meted on them on August 16, 2019 by chief magistrate Martha Mutuku of the Milimani Law Courts.

However, following a  successful appeal, the duo's case return to a lower court for retrial for the offence leveled against them.

In the ruling on the appeal delivered online via zoom, High Court judge Grace Ngenye Macharia directed the two men be taken to Kilimani Police Station for preparation for plea taking before July 7.

Olaba, 23, and Wanyama, 22, who both started playing rugby at Strathmore University Leos are accused of gang raping a 24-year-old Kenyan musician on her birthday, February 10, 2018 at Seefar Apartments in Nyayo Highrise Estate. The trio left a party in Kilimani and spent the night in the one house where the offence is alleges to have happened.

Through their counsel, the rugby players told the court that the three of them were drunk and maintained that sexual contact was consensual. The defendants added that the woman later tried to extort money from them.

On the other hand, the plaintiff told the court that the pair repeatedly raped her in turns even as she slipped in and out of consciousness.

In the appeal ruling, the court noted that in the existing records, there is no indication of whether the witnesses, not even one was sworn or not.

Meanwhile, the players' lawyer noted that one of  the players accused was still a student at Strathmore University and had secured a scholarship with a Canadian varsity,  while the second one had penned a contract with a rugby club in Helsinki, Finland.