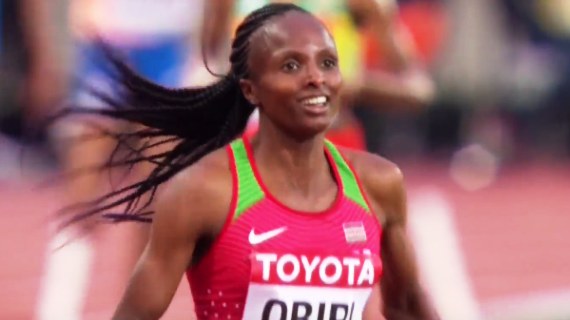 Kenya's Helen Obiri lived to the pre-race favorite tag by winning the 5,000m Women Gold in the London World Championship on Sunday evening.This brings Kenya's tally to four golds with the two more races featuring Kenyans to go on the final day.

The Olympic silver medalist Obiri had one strategy in the race, to keep pace with Ayana and everything went according to the script.

After the second lap, Obiri shadowed Ayana as the pair created a huge margin with the rest of the competitors.

With 650m to go, Obiri tried to overtake but Ayana stood firm but the resistance wouldn’t last long as Obiri unleashed the final blow to easily overtake her.

The second best placed Kenyan was Margaret Kipkemboi who finished fifth ( 14:48.74) while  Sheila Kiprotich was seventh after clocking a personal best of 14:54.05.