Harambee Stars to take on Rwanda as CECAFA starts at Bukhungu 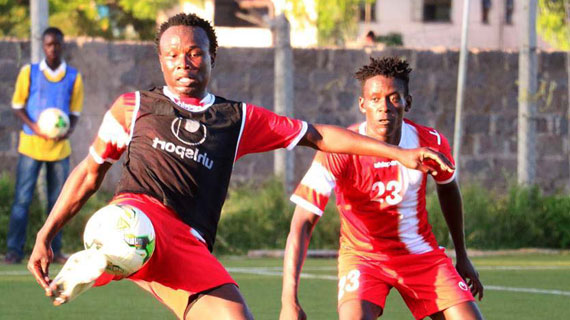 Harambee Stars to take on Rwanda as CECAFA starts at Bukhungu

Kenya’s national soccer team Harambee Stars will on Sunday afternoon kick off their CECAFA title campaign in Kakamega as they host Rwanda’s Amavubi Stars at the newly refurbished Bukhungu stadium.

This will be the opening match of the 2017 CECACA senior challenge Cup that returns to Kenya for the first time since 2013 when Kenya won the title at the Nyayo stadium in Nairobi.The tournament makes a return after being skipped last year with Uganda coming in as the defending champions having won the last edition played in Ethiopia in 2015.

Kenya’s new coach Paul Put will be looking to commence his assignment as head coach with a win against a CHAN based Rwanda side currently coached by former Harambee Stars tactician Antoine Hey.

Put has a wealth of experienced players including Kenya Premier League Top scorer Masoud Juma and known goal hunter Kepha Aswani who are tipped to be among the starters.

The experience of Gor Mahia custodian Boniface Oluoch is a sure bet to start in the Kenyan goal cushioned by the likes of Jockins Atudo and Musa Mohammed at teh backline.

In Machakos, guest side Libya will face Tanzania  at the Kenyatta stadium at the same time on Sunday afternoon.