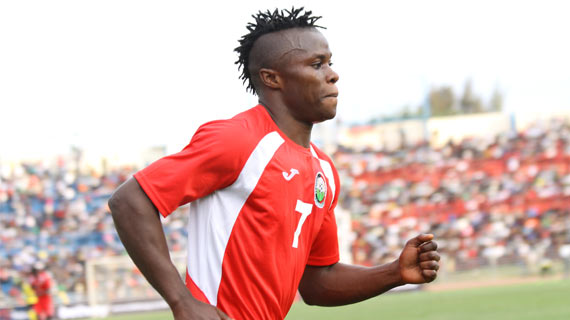 The expected goals festival at  Moi International Stadium Kasarani was never to be as a spirited  Mauritius held Kenya to a barren draw in a 2018 World Qualifier second leg first round qualifier but nevertheless Kenya sailed through 5-2 on aggregate courtesy of the win away last Port Louis last Wednesday.

With a 5-2 advantage prior to kick-off, Coach Bobby Williamson chose to gauge his new callup with Ulinzi’s Kevin Amwayi and Mathare United’s Eric Johannah earning a start.

Mauritius were the first to create a chance though a first minute corner that went wide.

Micheal Olunga then wowed the crowd with a good move on the left flank but could not find the target.

A careless back pass from Mauritius was handled by keeper  Jean Louis to earn  Kenya an indirect free kick taken by Victor Wanyama but  the shot hit the defense wall.

Past the quarter hour mark, Micheal Olunga weaved past his marker after a long ball set-up  but his final left foot shot was too feeble to trouble Jean Louis at Mauritius goal.

In the 35th minute, Brian  Mandela rattled the cross bar  then Mauritius launched a qquick counter but thankfully  keeper Boniface  Oluoch had positioned himself well to neutralize the threat.

Ayub Timbe had a good game with his runs on the flanks troubling the defense but lacking the final touch to finish.

The second half was another tale of missed opportunities as  both Eric Johanna Johanna Omollo came close to finding the elusive goal minutes after the breather.

Intensified attacks in the last quarter of the game by Stars only did well to psyche the crowd but keeper Jean Louis stood tall to deny Edwin Wafula, Ayub Timbe and even Johanna Omollo twice much to the dismay of the fans who expected goals to flow in with ease.

Top Fry’s John Ndirangu gave the Kenyan bench something to ponder about with his deft footwork that could have made a difference only if he had come on earlier.

Despite being bundled out, Mauritius coach Joe Tshupula was a relieved man after the  final whistle.

"It was good for us.We made a good reaction after the match in Mauritius. Kenya is a good team and for us us its a good plan going forward.” Mauritius assistant coach Joe Tshupula said after the game.

Harambee Stars will now meet Cape Verde in the second round of the 2018 World Cup qualifier in a two-legged tie to be played between November 9th and 17th.