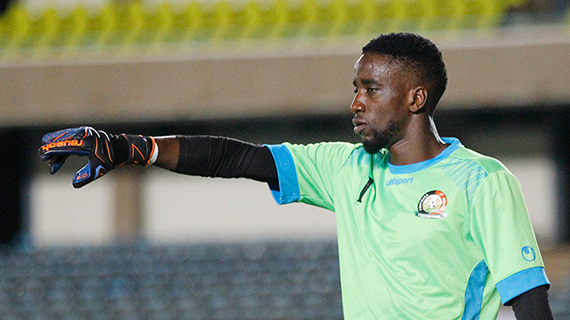 Masoud Juma’s goal in the 65th cancelling a 26th minute goal by  Yousuf Mchangama saw Kenya’s Harambee Stars  come from a goal down to share spoils with visiting Comoros in a one all draw of an Africa Cup of Nations Qualifier played at the Moi Sports Center Kasarani in Nairobi on Wednesday evening.

With the Comoros side enjoying a dominant opening half hour, Youssouf took advantage of a free kick as he curled the ball beyond the wall to displace Arnold Origi to the opposite side.

Youssouf later turned into villain as he was sent off for a second bookable offense before half time.

With an extra man advantage , Kenya had a more vigorous second half  with their repeated attempts yielding through Masoud Juma’s 65th minute goal.

Stars under Jacob Ghost Mulee are now faced with another uphill task as they travel  for the return leg of the same encounter in Moroni Comoros this coming Sunday.