Harambee Stars, What was that? 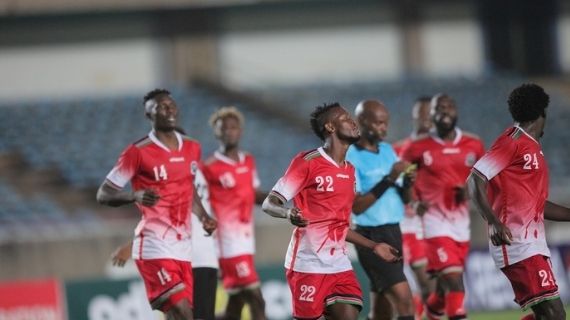 Fourty-minutes played, three substitutions later, most notably that of Firat’s preferred engine, Lawrence Juma, Harambee Stars were trailing 4-0. That would make for a goal every 11 minutes.

Harambee Stars in past action

Going by the hype heading into Harambee Stars World Cup qualifier away to Mali, one would have thought that the team would rise to the occasion with a decent performance in Agadir.

There was a lot of buzz around the fixture, pundits were talking and heaping praise on the new coach and his squad composition, his philosophy of attacking football, his love for structure, for blending youth and experience – the list is endless.

And then the starting line-up was named, a line-up that threw everyone off as several players were being fielded out of position.

A majority of Kenyans, renowned for their optimism, adopted a wait and see approach, in the belief – disguised or not – that the technical bench knew what they were doing.

It took all of seven minutes for the floodgates to open.

Fourty-five minutes played, three substitutions later, most notably that of  one of Firat’s midfield engines, Lawrence Juma, Harambee Stars were trailing 4-0. That would make for a goal every 11 minutes.

Mali eased off in the second half, but still managed to score a fifth goal five minutes from time.

The game ended 5-0, putting a halt to one of the ineptest performances from the national team in recent times. In fact, the record books state that it is Kenya’s worst defeat in a qualifier for 41 years. The last time the team registered such a result was in a 1982 World Cup qualifier away to Tanzania when they fell to a similar defeat on 19 July 1980.

Just as we are quick to shower praise on the team whenever they perform well, we are also taking this opportunity to say that last night’s performance in Agadir was disastrous.

Surely Harambee Stars, what was that?