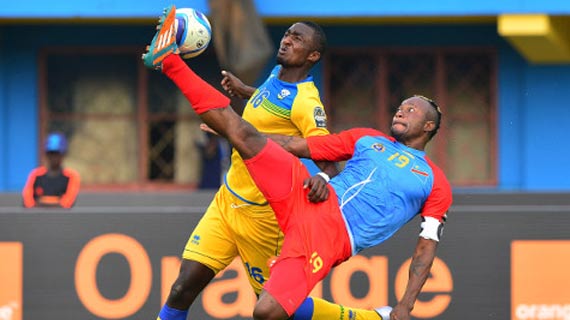 2011 champions, Tunisia, lost a 1-0 lead to lose 2-1 at the hands of Mali, at the Stade Regional Nyamirambo in Kigali. The Carthage of Eagles went ahead through the Tunisian fishing port based CS Sfaxien’s midfielder, Mohamed Ali Moncer’s header, in the 14th minute, after some good cross from forward, Saad Bguir.

In the 71st minute, Tunisia were undone after defender Zied Boughattas was deemed to have handled the ball in the box. Malian defender, Aliou Dieng, scored from the penalty spot to restore parity, before midfielder Abdoulaye Diarra powered past the Carthage’s defense to hit the winner 9 minutes later, to ensure semis date for the Eagles on Thursday.

In Gisenyi, Guinea knocked out Zambia in the quarters of the African Nations Championships during penalties at the Umuganda Stadium. A 5-4 penalty victory guaranteed the National Elephants a semifinal berth after outscoring the South Africans. Chipolopolo missed out on the semis after Rainford Kalaba, Stephen Kabamba and Daut Musekwa missed their opportunities.

Though Baissama Sankoh and Mohamed Youla did not score their penalties for the Guineans, Lass Bangoura, Mohamed Thiam, Demba Camara, Ibrahima Sory Soumah and Abdul Aziz Keita booked a semis spot for the National Elephants against Mali on Thursday, February 4th.