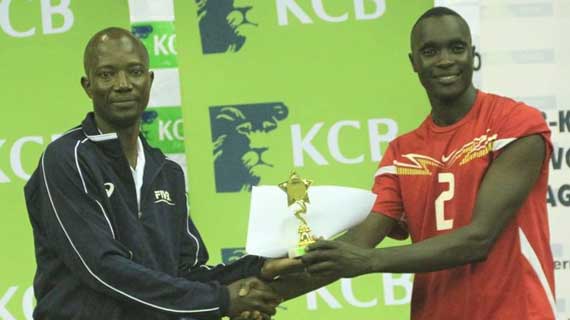 The tournament that brought the best eight teams (four men and four women) was played on a round robin format at the Kasarani Indoor Arena in Nairobi with Kenya Prisons also retaining the women crown.

On their way to the finals , GSU defeated Kenya Prisons and Kenya Defense Forces and will now lead Kenya's quest for continental glory at a yet to be announced venue next season.

Tow win the women's  crown , Kenya Prisons were 3-0 winner over KCB in their final match on Sunday , having defeated DCI and former champions Kenya Pipeline with similar wins of 3-0.