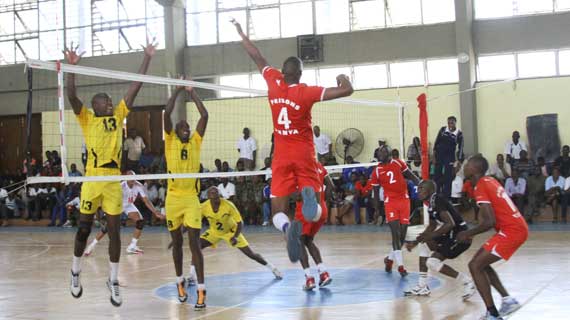 Kenyan men volleyball Champions General Service Unit and Kenya Prisons are set to depart Nairobi on Friday and Saturday respectively ahead of the 2018 men volleyball club championships in Cairo Egypt.

The week long championships will commence on Monday 26th March with the Preliminary inquiry and Technical meeting ahead of the serve off on Tuesday 27th March .The matches shall be played at the  Al Ahly sports Arena in Cairo.

Before kickoff, champions GSU have lined up two friendly matches against local clubs in Egypt to gauge and sharpen their weak areas.

The two teams will be missing the Kenya Volleyball Federation League first leg that serves off in Bungoma on Friday.

The men’s tournament comes just a week after the conclusion of the women championship at the same venue where hosts Al Ahly reclaimed their title with a finals win over Carthage.