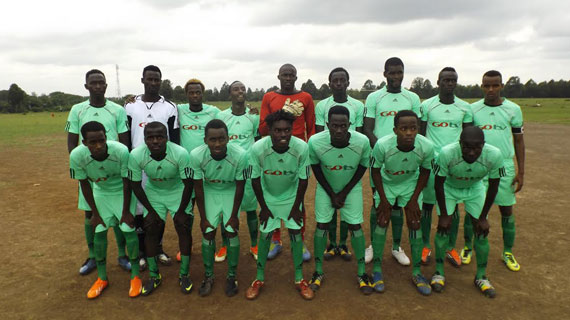 Second half substitute Nixon Ambeyi broke the deadlock in the 64th minute for Kakamega United with a header from his first touch on the ball.

Ambeyi who is the captain of Kenya Institute of Professional Studies (KIPS) formerly of Super league side Bidco had come in for Edwin Ligano.

At the stroke of time Gremio defender Wycliffe Ochieng’ scored the equalizer with a hard shot from the edge of the box to the far left post for the match to be decided through penalties.

Kakamega United chairman John Ashihundu who is a senior reporter at the Nation newspapers blamed his boys for complacency which led to the leveler at the last minute.

Gremio coach Stephen Ogutu said they win had given them the much needed morale ahead of their encounter against Gor Mahia on Wednesday.

Ogutu said they were ready and prepared to tackle the reigning league champions but warned Gor against underrating Gremio.