Gor to coil back to paybill number after SportPesa exit 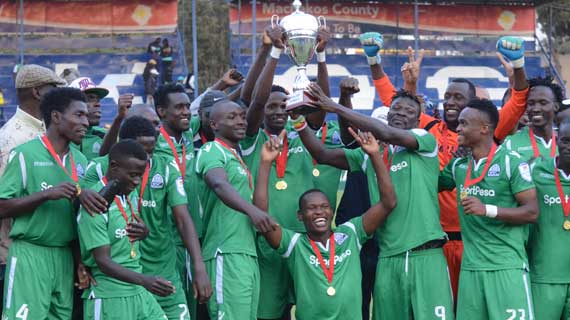 Kenyan Premier League champions Gor Mahia will be forced to go back to their paybill number to raise funds to run the club after the exit of club sponsors SportPesa. The betting firm announced last week that it was pulling out of all its sponsorships due to the ongoing wrangle with the tax man.

Gor solely relied on Sportpesa for their financial needs and the exit leaves them hanging by the thread, just two weeks before the new season starts.

“After the closure of some of the stadia, it has been very difficult for us to depend on gate collections and that mean we only looked upon SportPesa. We will have to appeal to the fans to come to our aid and reinstate the 350100 which we used in the past to raise funds. There is no otherwise,” Gor Mahia chairman Ambrose Rachier told Michezoafrika.com.

He added that the club is planning on a Harambee n Friday to help finance their CAF Champions League preliminary round return leg tie against Burundi’s Aigle Noir in Nairobi on Sunday.

“As a club we are at nil and it is going to be very difficult for us. We will do a proper Harambee on Friday to see whether we can collect something to help us for that international game,” Rachier noted.

He has added that the club’s executive committee will have a meeting this week to chart the way forward after the withdrawal of their sponsors. Arch rivals AFC Leopards have also been left gasping for breath after the sponsor’s withdrawal.