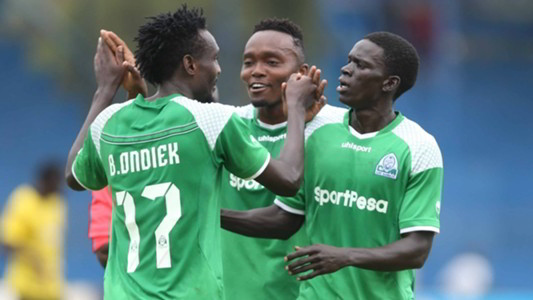 Gor Mahia face Jeshi la Kujenga Nchi (JKU) to determine the third place in the playoffs of the ongoing CECAFA Kagame Cup at the National Stadium, Dar es Salaam. This will be their second meeting in under two months after Gor eclipsed the talented side from Zanzibar 2-0 at the Afraha Stadium in Nakuru during the SportPesa Super Cup.

The Final will be an All-Tanzanian match with Azam who beat Gor, against Simba SC. The match will be played at the same venue.

Gor's charge for a regional title 33 years later was snuffed on Wednesday evening when they lost to Azam 2-0 in the last four in a match that 'juju' allegations were floated and Gor had to apologize for abandoning the use of the Azam dressing rooms.

Ahead of Friday evening's match, Dylan Kerr is still struggling with a team that is injury-laden and the pressure of facing Yanga in a crucial Confederation Cup fixture at Kasarani next Wednesday.

A number of players are crocked with injuries including Ernest Wendo (groin), Francis Kahata (knee) George Odhiambo (knock), Harun Shakava (groin) and Joash Onyango (knock). The former three have been ruled out of today's fixture while the latter two are still doubtful. Both Karim Nzigiyimana and Wellington Ochieng are back but on light training and may not feature for today.

Goalkeeper Boniface Oluoch will be rested and in his place will be Shaban Odhoji. Tuyisenge Jacques, Godfrey Walusimbi and Humprey Mieno will also start on the bench