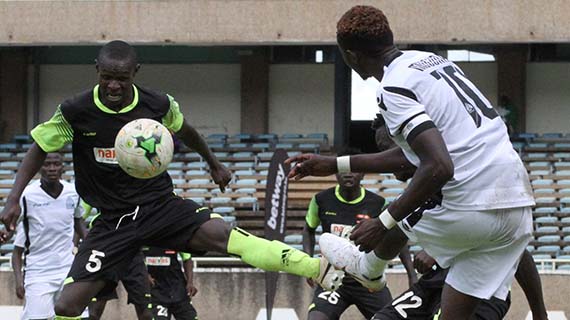 Gor Mahia will take on Posta Rangers in the round of 16 of the 2020 FKF Shield Cup tournament.The former champions twice came from behind to cancel a possible early elimination as they battled to a 3-2 win over lower tier side Naivas FC on Sunday.

In an eventful first half, Kingsley Owuor set up a good quarter with a 12th minute goal that took Gor Mahia close to half an hour to equalize, Dickson Ambundo netting the leveler in the 40th minute.

But the parity did not last long as Naivas pounced again this time Rashid Hassan netting their second to head to the break on a 2-1 lead.

Lawrence Juma and Boniface Omondi then each scored in the second period to seal the win for Gor Mahia as they set the date for the round of 16 against Posta Rangers.

Rangers needed a penalty shootout to eliminate Tandaza FC 5-4 after they played to a one all draw on Saturday.