Gor Mahia starts CAF campaign with an away point 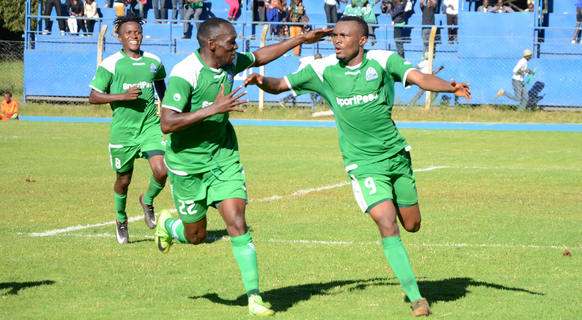 Gor Mahia’s CAF Confederations Cup Group Stage campaign began with a point away from home after holding hosts Rayon Sport to a 1-1 draw at the Stade de Kigali in Rwanda. Eric Rutanga’s 15th minute freekick cancelled out Meddie Kagere’s opener, but Gor should have won the game on the count of chances they had.

Kagere opened the scoring against his former employers in the 10th minute after breaking the offside trap to run into a George Odhiambo through pass before rounding the keeper and slotting into an empty net. The Kenyan champions had another chance when Kagere’s overhead kick found Francis Kahata, but the midfielder’s header went over.

Rayon went back level 15 minutes after going behind and it was punishment of a Gor error. Odhiambo lost the ball cheaply and the hosts turned into attack which ended up in Godfrey Walusimbi fouling Mbondi Christian at the edge of the box.

Rutanga took the resultant freekick and raised it above the wall-leaving keeper Boniface Oluoch dazed and lashing out at his wall for failing to go high.

With the heavy rain falling, the pace of the game was hugely punctured with the two teams struggling to move on the artificial turf. Late on though, Kagere had a chance to double his tally when he was put through on the right but he hit his shot straight at keeper Eric Ndayishimiye.

In the second half the game became tougher even with the rain subsiding as the pitch became soggy and the ball’s movement greatly hampered. However, Gor almost went back ahead when Joash Onyango’s header from a corner came off the underside of the bar.

They were almost made to pay on the hour mark when Mbondi found a loose ball inside the box but he blasted his shot over the bar with the defense caught off their feet.

Late on, it was Gor who should have gone on to win. Kahata was picked out with a decent chipping pass by Kagere but after controlling the ball well, he struck wide. Jacques Tuyisenge powered through the left, played a decent cut back to Ernest Wendo but the midfielder took a heavy first touch.

Gor will now shift their attention to their second group match on may 16 at home to USM Alger, but before then will have a friendly match against Hull City on Sunday and an away assignment to Kakamega Hombeoyz on the KPL in midweek.