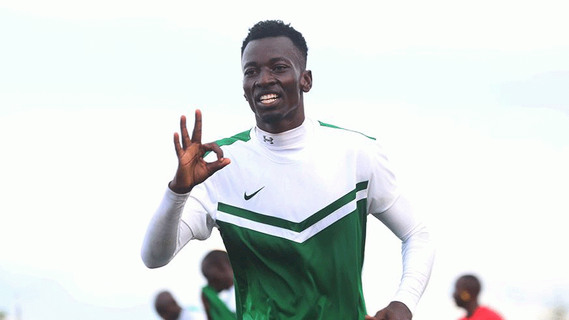 With the transfer deadline ticking fast, it was a beehive of activity at Gor Mahia stable on Friday. The club completed the signing of Francis Mustafa from Kiyovu Sports of Rwanda to fill the gap left by Rwandese Meddie Kagere who has since joined Tanzanian giants Simba FC.

“Gor Mahia is a big club with good players and l am happy to be part of the club. It’s a great opportunity for me to better what l did in Rwanda. I will work hard to help the team to achieve the best”

Earlier on Friday, defender Wellingiton Ochieng’ tied himself at the club until July 2021 after accepting a new three year deal.

Ochieng suffered an injury in March that has keep him out of action but should be ready for the Cecafa club tournament.