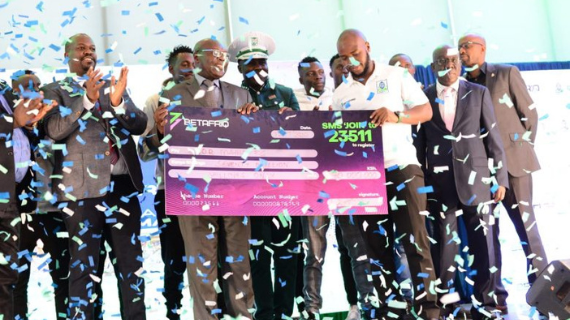 Record Kenyan champions Gor Mahia have inked a new sponsorship deal with BetAfriq. The deal with the betting firm is valued at Ksh 76.5 million per annum and will last for three years.

The deal with the betting firm is valued at Ksh 76.5 million per annum and will last for three years.

“We have signed a three-year year deal worth Ksh76.5 million per year - includes Ksh5m for kitting and Ksh1.5 million for players' insurance,” read a statement on the Gor Mahia official social media accounts.

Speaking during the launch, club chairman Ambrose Rachier said the club will use the funds from the sponsorship deal to uplift the players.

“We are grateful for this deal and we shall use these to pay players’ salaries and club logistics, we were in a fix after the exit of Betsafe but now we are glad to have another sponsor”.

The chairman also added that the club will now fight for the top spot once again in the Kenya premier league.

The chairman’s sentiments were echoed by the club captain Philemon Otieno.

“Next season our aim is go back to our usual spot, this season things didn’t go well for us, but I can promise our fans that next season they shall be smiling at the end of it all.

The total amount of the sponsorship deal is 76.5 million, with 1.5 million going to kitting and 5million insurance fund.

The club is set to start its pre-season preparations in the next week on Monday, with current coach Michael Nam confirming the same.

“The club shall start its preseason training on Monday next week, however uncertainty with the seasons kickoff is really affecting our preparations as we had planned to have some friendlies but we can’t schedule them because I can tire my players for nothing.”