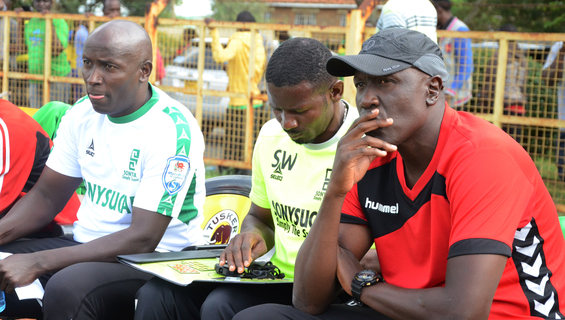 Odhiambo who has also coached Chemelil Sugar has enjoyed a successful season at Sony, leading the Awendo-based club to a fifth place finish in the Kenyan Premier League. This by all standards was a massive improvement from last year’s performance when they were almost fighting relegation.

“We are very happy that he agreed to join us at Gor Mahia and hope to reach greater heights together. He is a qualified and capable coach and we were impressed by the work he has done elsewhere so among he many coaches who were interested in the job we settled on him,” club chairman Ambrose Rachier said on the club’s official website.

Odhiambo will now work under Hassan Oktay as Gor look to earn a record extending 19th title when the new season starts on August 30, as well as earning historic results in the CAF Champions League.

Oktay has already returned to Kenya after a short post-season break back at his native Cyprus and is all set for the start of the new season which sets off with next month’s CECAFA Kagame Cup to be played in Rwanda.