Gor Mahia on a 5-point cushion after win over Homeboyz 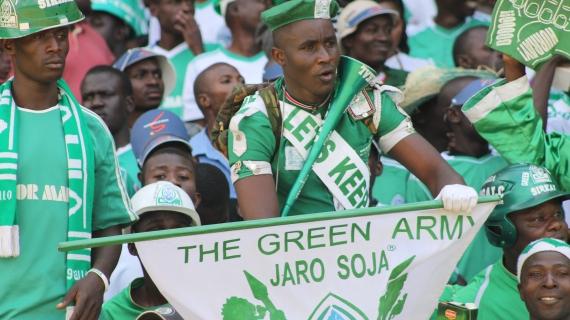 Gor Mahia cemented their stranglehold at the top of the Kenyan Premier League with a 3-2 win over Kakamega Homeboyz at the Bukhungu stadium in a league match played on Wednesday 9th March.

Homeboyz were the first to score through Ali Bhai who sent a good loop past the keeper in the half hour mark but Ephraim Guikan ensured the teams went for the breather tied 1-1  with a 40th minute tap in.

Gor took the lead ten minutes after the break through Guikan  but the evergreen Allan Wanga levelled for Homeboyz to leave both sides in search of a hero to grab the three points. Momanyi took the responsibility to score the winner for K'Ogalo ten minutes to the end.

Gor Coach Dylan Kerr rested his key players for the match with Meddie Kagere joining the fray in the 70th minute while Francis Kahata helped wind down the clock as a 90th minute substitute. Regular captain Harun Shakava and strikers Jacques Tuyisenge  and George "Blackberry" Odhiambo enjoyed the action from the bench.

With 12 matches played so far, Gor Mahia boast of a five point cushion over chasers Ulinz Stars and Mathare United and two games at hand.The team will face English Championship side Hull City at the Kasarani Stadium on Sunday 13th May before a CAF Confederations Cup match against USM Algiers next week.

Homeboyz have been blowing hot and cold and remain in 12th position with 17 points. They have won twice, lost twice and drawn once in their last five league fixtures.