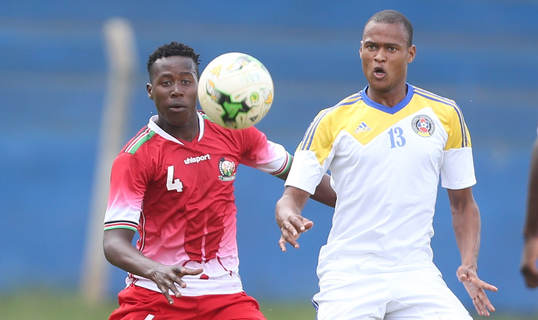 Harambee Stars coach Sebastien Migne will have to do without key players from Gor Mahia and AFC Leopards in their upcoming four-nation tournament in India from next week where they will play the hosts, New Zealand and Chinese Taipei.

Kenya opens her InterContinental Cup quest against New Zealand on 2nd June and play against Chinese Taipei on June 8th, the same time both Gor Mahia and AFC Leopards will be involved in the SportPesa Super Cup which runs from June 3rd to June 10th. Gor Mahia also  a busy schedule as they have to play catch up KPL matches as well as the CAF Confederations Cup.

“We write to appreciate the fact that national team coach found it appropriate to enlist the services of several of our team players in the current national team squad. We did release players as requested,” stated the letter whose content were published on the Club’s website.

“We wish to recall all the players to join the rest of the team immediately… to prepare for the forthcoming pending crucial league match scheduled for 30th May 2018 against SoNy in Kisumu.,” added Aduda.

“We wish to further state that in view of our pending Confederation Cup matches, the technical bench have advised that all players should be available for training and preparations as a unit,” Gor CEO added.

AFC leopards on their part have released only two players for the tournament in India.

“Many teams playing now have their foreign players but for us it is difficult. But we look at it positively because we are not only building for Ghana. We will continue to work,” Migne said.