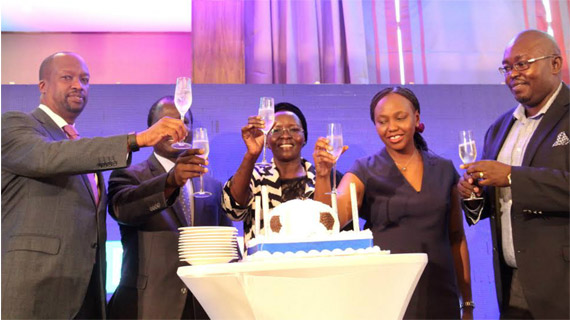 A product of the Radio Africa Group, Bamba Sports which pioneers as Kenya’s first free to air 24/7 sports channel is expected to highlight more sports projects in Kenya and in return supporting the growth of the industry.

While speaking during the launch of the channel in Nairobi on Tuesday, Head of Bamba Sports Caro Radull challenged local federations to work closely with the production team in highlighting their programs and leagues, “We are making a commitment to changing sports in the country.”She said.

Radull further hinted that the channel is currently in talks for the broadcast of a local league though this is yet to be officially unveiled.

Radull added that Bamba Sports, which has been on air since June, is designed to be interactive, with fans calling in live and engaging each other on social media during the hourly sports news bulletins adding that it contains the latest sports news across the world.

Also present during the launch in Nairobi was Sports ministry deputy secretary Saima Ondimu, who  represented the Cabinet Secretary Hassan Wario.Ondimu urged Kenyans to support the initiative by tuning in to the channel in order to join the conversation around local and international sports.

The Bamba TV service is accessible on digital set-box which enables TV owners to watch over 50 local and international channels.

Radio Africa is also renown for introducing the first ever all sports radio station - Radio Jambo.