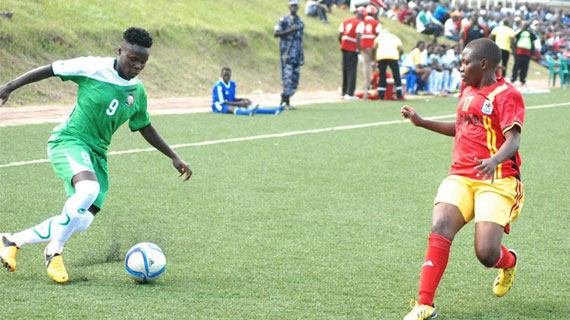 The national women soccer team, The Harambee Starlets on Sunday sparkled with a 4-0 thrashing of hosts Uganda in their opening match at the 2016 CECAFA women championships in Jinja Uganda.

Lining up a powerful squad that also featured the return of former foreign based international Doreen Nabwire, Kenya got their first touch on the nets courtesy of Mary Kinuthia’s 21st minute goal as the Starlets headed to the break leading 1-0.

Kenya netted three goals in the second period with Esse Akida grabbing a brace in the  49th an d 88th  minutes while Vivian Corazon also ensured her name was on the score sheet with an 80th minute strike.