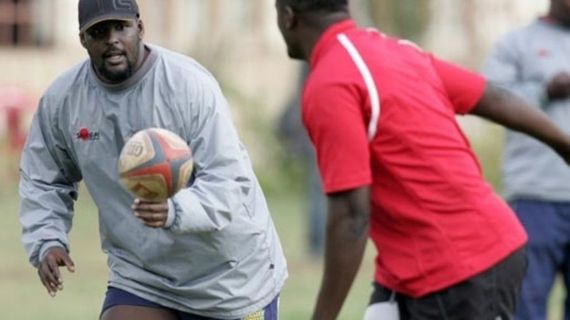 Former Kenya internationals James Kangethe, Joseph Kangethe as well as Julian Ouma struck Kenya in match that their side lost 9-5 against the Catholic Monks who secured qualification to the Kenya Cup as a result.

There was drama during the KRU Championship semifinal on Saturday when center referee Saidi Kenya was assaulted by Shamas Rugby Foundation players.

Former Kenya internationals James Kangethe, Joseph Kangethe as well as Julian Ouma struck Kenya during the match that their side eventually lost 9-5 against the Catholic Monks who secured qualification to the Kenya Cup as a result.

And in a swift response, Shamas Rugby Foundation issued a statement regretting the incident. Azim Deem, the club’s founder said, “We condemn the despicable actions of indiscipline against the referee or any other person. We apologize to the officials affected, to KRU and the rugby fraternity as a whole.”

“We would like to make it known to the rugby fraternity that we have since started the process of terminating our relationships with the culprits,” he added.

The Kenya Rugby Union issued a statement on Monday morning which reads in part, “This attack on the referee by three Shamas Rugby Foundation players goes against the spirit and values of the game.”

“In line with World Rugby and KRU laws and regulations, a disciplinary process is underway and the outcome will be communicated once the process has been completed,” it further reads.

The World Rugby sanctions for physically abusing match officials range from a minimum 24 week ban to a life ban.