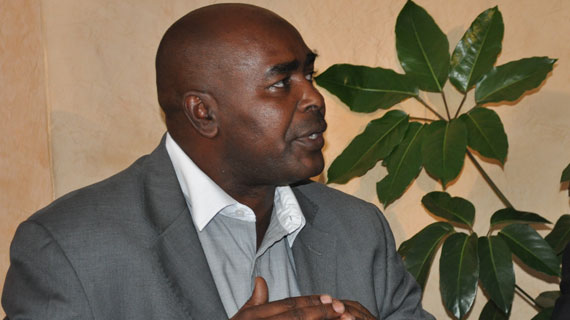 CAF match commissioner Hussein Swaleh, a former Football Kenya Federation General Secretary is feared to be among the 157 people who died early Sunday morning in an plane crash involving an Ethiopian Airline aircraft shortly after take-off in Addis Ababa.

Swaleh was connecting to Nairobi from Alexandria, Egypt where he was the match commissioner in Friday night’s CAF Champions League clash pitting Ismaily and Congolese giants TP Mazembe at the Borg el Arab Stadium.

“Sad day for football. You were doing what you loved most. Fare thee well my chairman. Until we meet again,” FKF president Nick Mwendwa tweeted on Sunday evening.

However, the official TP Mazembe twitter account has sent out a tweet this evening saying the match commissioner was not in the plane as it left Addis before they arrived from Cairo.

A federation official had earlier in the day confirmed that Hussein was scheduled to take the early morning 8:30am flight from Addis which was scheduled to land in Nairobi at 10:30am, but could not confirm whether he indeed boarded.

Swaleh had travelled with the other referees from Cairo and they are reported to have landed safely at the Bole International Airport in Addis Ababa from where all would board planes to their respective countries.

The other referees were from Senegal, Burkina Faso and Cameroon.

The Ethiopian Airline plane ET 302 according to a statement released by the airline, it lost contact just six minutes after it took off. It was later officially reported that all 157 on board the plane, 32 being Kenyans died in the crash.