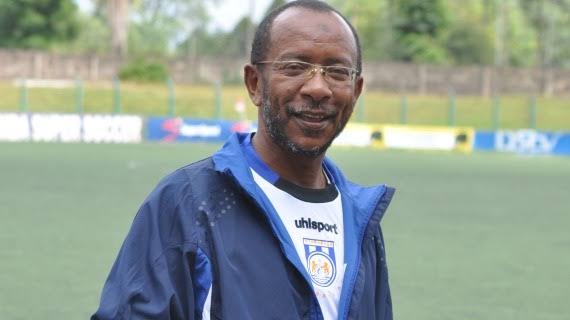 Twahir Muhidin hopes he can steady the flailing Bandari ship as the dockers travel to Narok to take on Posta Rangers in a Kenyan Premier League fixture on Saturday. Coming hot on the heels of their 3-0 spanking at the hands of champions Gor Mahia, Bandari face a must win tie at Posta.

After three losses on the trot, the dockers who had their best ever top flight finish last season have dropped all the way to 11th in the standings with a paltry 18 points after 17 games.

“I believe I have players with a lot of experience and we will come out of this rough patch. It will be tough playing away to Posta but we are ready for the challenge. We need to get victory to earn that confidence back,” Muhidin stated.

The veteran tactician was drafted in after former boss Bernard Mwalala was asked to step aside after a series of poor results, but the fortunes haven’t changed either.

Against Posta, they will face a difficult test away from home with the mailmen proving difficult to crack defensively this season. Sammy ‘Pamzo’ Omollo’s men have confidence after picking three wins in a row hoisting themselves to eighth in the standings, 10 points ahead of Bandari.

Omollo, despite being clear favorites in this tie, is not sleeping easy.

“They have a quality team with quality players and despite what they are going through now, you can never write them down,” Omollo noted.

Posta have had a hot and cold home form as they have won only one of their last four games at their backyard. Of nine games at home this season, they have won three, lost three and drawn three.

Bandari’s performance on the road hasn’t been anything positive. They have won only one league game on the travels, a 2-0 victory over struggling Kisumu All Stars. They have only drawn one game away from home and lost the other seven of their nine assignments out of Mombasa.

Meanwhile, high flying KCB will be away to Zoo in Kericho, Zedekiah Otieno’s men looking to continue with their good run that has seen them win four of their last five games to move to fourth in the standings.

Zoo are meanwhile struggling as they are winless in their last five games, drawing two and losing three.