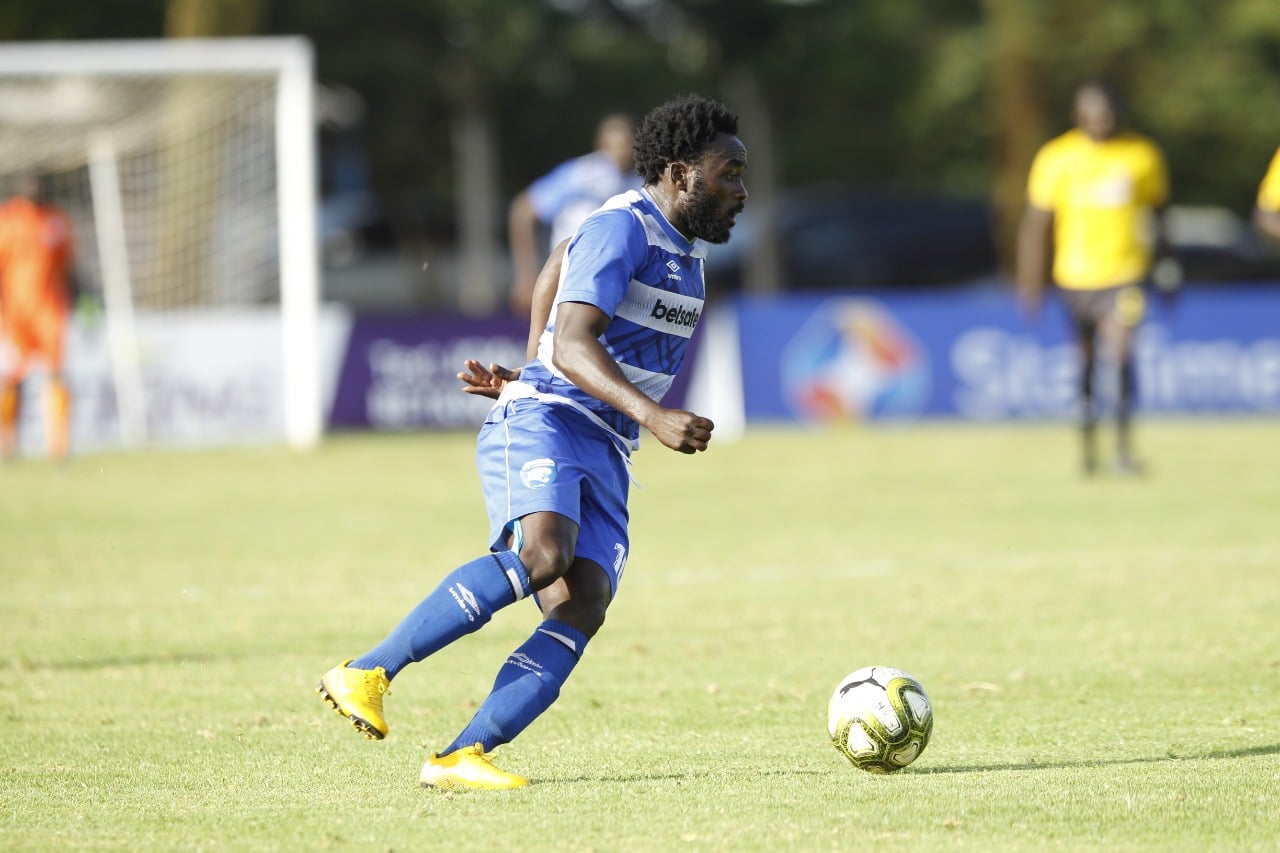 Elvis Rupia scored his 10th goal of the season

They would go into the interval holding the slender lead before losing Fabrice Mugheni to a red card two minutes from time.

Jaffary Odenyi drowned the Sharks with his stoppage tjme goal to seal the result for Ingwe.

Over at the Bukhungu Stadium, home team Kakamega Homeboyz bagged all three points by way of a 2-0 win over visiting Bidco United.

First half goals from Ahmed Bhai and Moses Mudavadi were enough for Bana ba Ingo.

Leaders KCB returned to winning ways,defeating Western Stima 3-1 at the Afraha Stadium in Nakuru. Simon Abuko's penalty gave KCB a 1-0 lead that they took into the interval.

Stima drew level through Patrick Otieno's goal but responses from Henry Onyango and Victor Omondi won it for the bankers.

Saturday action saw league returnees Vihiga United pull off the shock of the weekend courtesy of their 1-0 win away to record champions Gor Mahia.