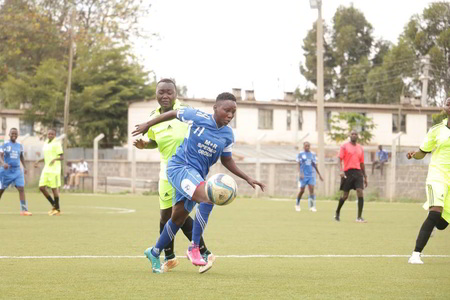 Thika Queens and Spedag take on two fixtures each as the FKF Women Premier League enters round Thirteen (13).

The former Champions, Thika Queens take on Gaspo Ladies this afternoon, Friday, May 18, 2018, at the Ruiru Grounds. They will then travel via the A2 superhighway to meet Mathare United Women at the Ruaraka Grounds on Sunday, May 20, 2018. The queens top the FKF Women Premier League table after 9 outings, recording straight wins. They are expected to continue with their fine form this weekend. Winning their two matches this weekend means that they will maintain a 3 point gap at the top if their closest rivals and Defending Champions, Vihiga Queens win their fixtures against Baringo Starlets on Saturday, and against Trans-Nzoia Falcons at the Mumias Sports Complex.

Spedag are also set to have two fixtures over the weekend facing Mombasa Olympic at 1:00 this afternoon and Vihiga Leeds on Wednesday, at Mbaraki Sports Club.